An eye and mind boggling exhibit by Mike Andrew  McLean at the Open Space gallery in Victoria. Here’s the intro from the gallery’s web page:

Thirty-Five Thousand Forty is the physical culmination of Mike Andrew McLean’s project to shoot ninety-six photographs a day for three hundred and sixty-five consecutive days. McLean’s year of photos, now printed as 4”x6” snapshots, will tile the interior of Open Space, forming a sprawling record of the artist’s life from June 2010 to June 2011.

McLean writes “photography in the digital era is developing its own language, forging unique processes and technologies. It seems to have reached the democratic potential that George Eastman predicted one hundred years ago, when he took the process out of the studio of the trained craftsman and put it into the hands of the unskilled hobbyist.” McLean turns the idea of digital photography inside out, conferring an analogue physicality and monumentality onto a format that proliferates effortlessly, flooding websites, Facebook, memory cards and hard drives in an unimaginably deep cloak of images.

Note the final photo posted here. Dan Milnor snaps a photo of a 2G hard drive mounted on the gallery wall. All the photos in the show are stored on that one drive. 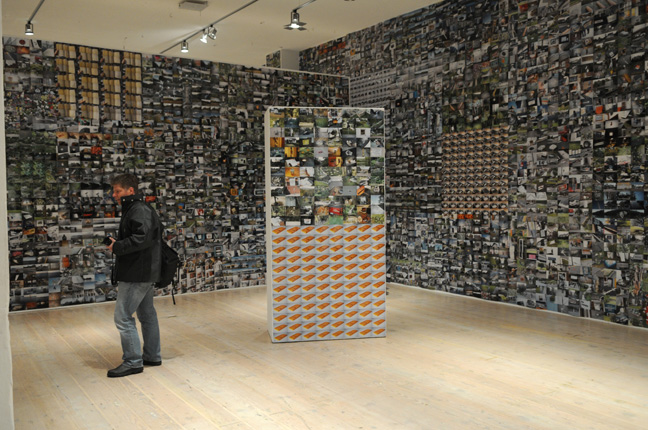