1. Give us a brief bio of T. Reilly Hodgson and tell us what the T stands for.

I was born in 1987 in the suburbs of Toronto. I’ve gone to school at Emily Carr University in Vancouver for fine arts/ printmaking and OCAD University in Toronto for photography. The T is for Thomas but I don’t use that name.

2. How did your fine art schooling affect your work? Would you recommend that route to someone else wanting to become a fine art photographer?

I think art school has taught me to try to slow down and be a bit more patient with my work, which has been a good thing. Otherwise, I’m still on the fence about it. I’ve gone to and left two of the more esteemed art schools in the country for two different programs and found that neither of them really left me feeling very satisfied. If you’re talented and truly passionate about your craft I don’t think its essential. You’ve really got to want to be there considering the amount of money it costs to go and right now I’m getting more done out of University than I was when I was stuck in classes writing papers. 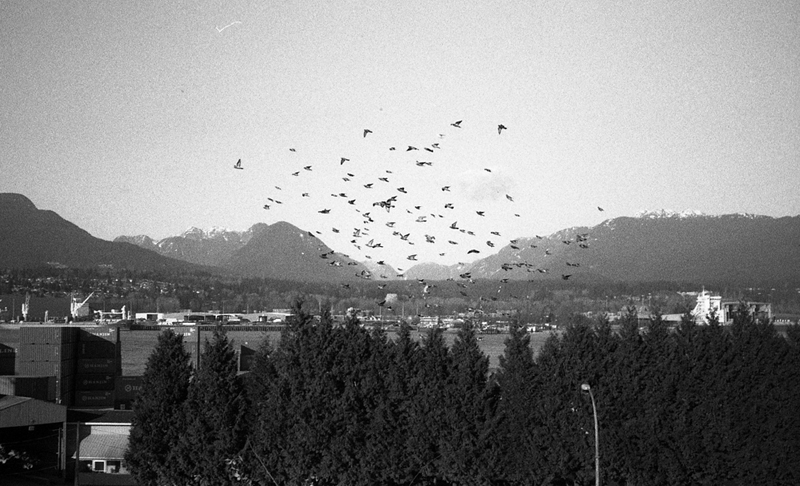 3. Your photographs seem to be about your personal world. How do you classify yourself as a photographer (documentary, art) or do you?

My majority of my photos are candid shots from my every day type of life, its true, though I’m not sure exactly if I could classify myself like that at this point. There’s an element of documentary in a large amount of my work but there’s a lot more to it than that for me. I do want to make pictures that are artful, that’s for sure, but I’m also interested in the way that memory works. I use photos to express something in the same way I might use a drawing or painting to express something, but at the same time, I know that if I end up with kids in 20 years these photos are going to be how they learn about me, the same way I learned about my family pouring through boxes of their old photos. That’s a pretty fucked up thing to think about. I can’t do that with a drawing. I’ve got to one-up shots of building the CN railway west across Canada, guarding the King in England, commanding tanks in WWII, and racing horses in the 50s and 60s. Its all the same story.

4. Can you describe what you’re trying to do/show when you photograph?

What I am trying to do when I photograph can change when my subjects change, but to be honest, it’s a sort of selfish pursuit.

5. You’ve created a number of zines featuring your work. What appeals to you as a photographer about these small magazines? How do you create them?

Zines are a really nice and inexpensive way for me to share my photographs with other people, friends, magazines, curators, art directors, etc. I like self publishing because of the total freedom I have with my work. Since I shoot film the few dollars I make from them also helps pay for that. How I go about making a zine depends on what the project is, but I try to do as much of the work myself as possible. I do all of the design and layouts myself, either print them at home or a local print shop, and get into a studio wherever I can if there is any extra silkscreen or letterpress work involved.

6. You were recently involved in a group show in Toronto, what was that experience like?  Were you involved in organizing it?

I assume you’re talking about the Born Into This exhibition. I had a really great time doing that show! The people from The Cheaper Show and Scion gave me a grant to curate an exhibition with my good friend Dimitri Karakostas. We put together work by some of our favorite photographer and artist pals from Toronto as well as pieces by people with ties to the city who we really admire. It all came together pretty nicely and we opened to a full house, I think everyone was happy about how it turned out except the gallery’s landlord. We painted the walls with a pesticide sprayer.

7. On your blog(s) you often feature other zines sent to you. Can you talk about the photo zine community, or at least how you are involved in it?

I got into zines when I was in the 6th grade. I was aware of punk rock and skateboard fanzines through going to local shows, but I was really captured by the stuff I could get through the mail. I was ecstatic about graffiti when I was a kid, and even though the internet was around, at that point everything was all message board based so if you wanted to see anything really cool you’d try to hook up picure and zine trades with people in other cities. Especially living in the suburbs, they were the only way into those subcultures. Youtube didn’t exist, Banksy didn’t exist, and Nike wasn’t paying writers for logos yet. Now days everyone is connected and it seems like everyone is a “photographer” and everyone has a zine. I post zines on my blogs both to help my friends’ sell their stuff and also to share some of the things that are printed in limited runs. Thousands of people can look at a zine online even if the 50 physical copies of it have sold out.

8. You also seem to use Flickr a great deal and many of your online links lead to other photographers’ Flickr pages. Some photographers seem to dislike Flickr but you embrace it, why?

I think a lot of photographers don’t like flickr because they’re afraid someone is going to steal their work. The reality is that 98% of what is on Flickr is garbage, some of my work included, and the chances of someone being able to profit off of your tiny 72dpi image is slim. You are not a master, people probably don’t even want to look at your pictures, let alone steal them. All that said, Flickr and sites like it are a tool and there is a very large audience there if you know how to use them. I’ve been published a few times based on the fact that someone saw the pictures on my flickr account and got in touch. The pros outweigh the cons, if you ask me. People take the internet too seriously.

9. What will you be photographing next?

One of my teenage friends got a poisonous snake recently, so probably something with him. I just watched a video about those pastors in the states who handle rattlesnakes because they think that the power of god protects them, that kind of stuff is ridiculous.

10. You seem, at the very least, ambivalent about life in the suburbs. How does that show up in your work?

I think that’s a good word for it. On one hand, I’m living at my parents’ nice house in a safe neighborhood with a nice dog and we get along and that’s all great, but on the other hand I’m stuck in a town that’s designed so that nothing interesting ever happens. There’s nothing much to do if you’re young and don’t play sports and so you end up with huge groups of kids who just want to drink and deal drugs and vandalize and steal cars. I grew up hanging out around the train tracks and going to shows with skate punks, so I guess I got the best of both worlds. There’s a really fine line between youthful rebellion, suburban excess and kids on the edge of nihilism and I think that’s what I am interested in. 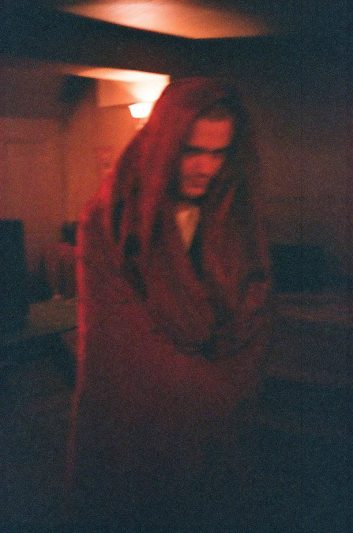 11. Do you think you may move from producing zines to producing larger books?

I’m definitely interested in doing books in the future. It’s something I’ve always thought about, I’m just waiting for the right project to fall into my lap at the same time as the budget to make it happen.

12. Finally the big question, where do you hope your photography will take you?

Out of my parents’ house.

You can check out more of  T. Reilly Hodgson’s work here. 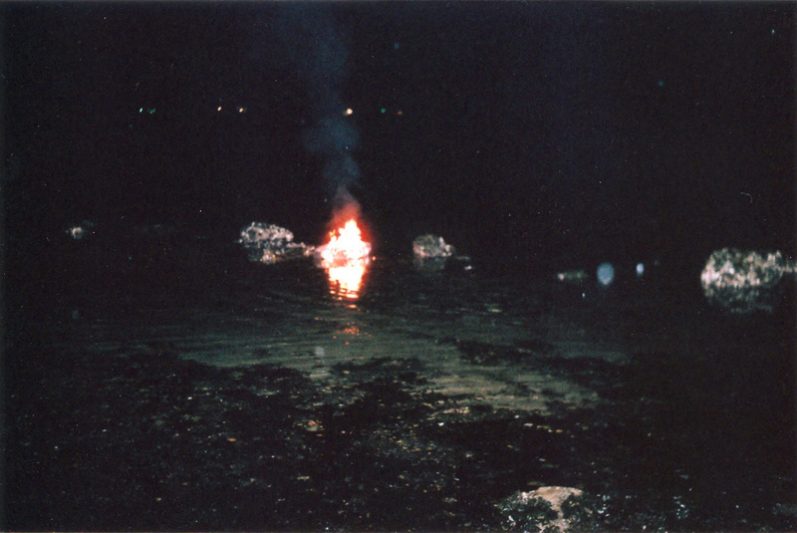