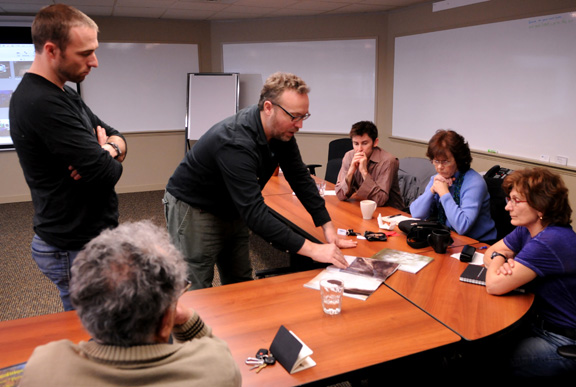 Last weekend I attended a two day workshop presented by Luz Gallery with Toronto photographer Don Weber, a member of the VII agency. We had a diverse group of twelve workshoppers (if that’s a word). There was the legally blind Anglican minister, the woman who’d had Ansel Adams drop by her house when she was a child and critique her photos,  a philosophy professor who had just returned from a workshop with Mary Ellen Mark and the motorcycle riding government lawyer. The others were equally interesting. There was even a few of us pro photographers. 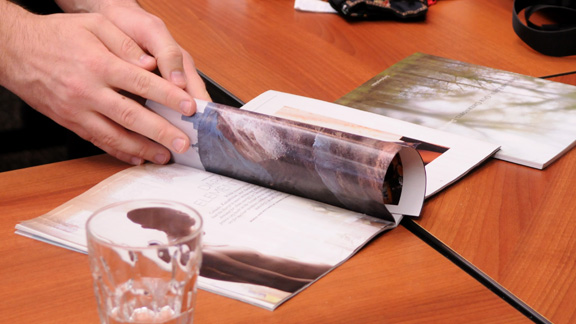 The first day focused on looking at various projects shot by Don as well as work by his fellow VII photographers and others. Don showed his Ukraine images including those from Chernobyl that are featured in his book Bastard Eden as well as images from Russia and other eastern countries. I’ve attended a fair number of lectures as well as short seminars but never a weekend workshop. Looking at it from the perspective of someone who teaches now and then I was impressed by the way Don was able to keep the day on track while allowing people to ask questions even if they were slightly off topic. 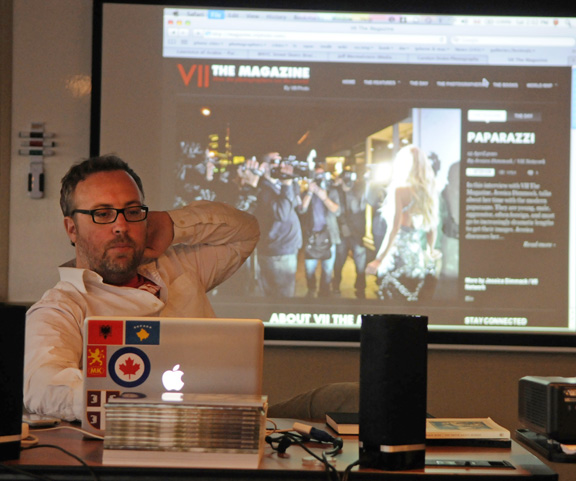 The second day we spent time looking at each other’s projects with Don doing an edit of our images. It’s always interesting ( and a good practice) to have someone else look over your images and provide feedback. Don was quite good at distilling everyone’s pile of images down to a select few. 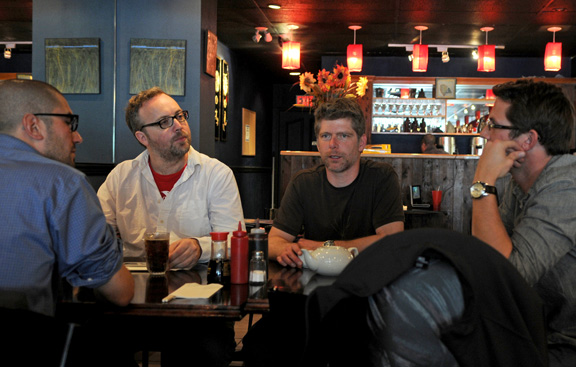 I found the workshop allowed me to look at my own work with fresh eyes and perhaps seek a slightly different direction with a couple of projects. I was also extremely impressed with Don’s organization and his focus on his career. He appears to have a very solid understanding of where and how he wants to have his career advance and how to make that happen. That’s awfully rare I think,  so it was very useful to see it explained.

This coming Saturday I’ll be attending Don’s grant writing workshop and I’ll be looking forward to that and having the mysterious world of grants simplified.

I have to say that Luz Gallery’s Diana and Quinton’s hard work at promoting shows and putting on workshops like these have made Victoria a far more interesting place for photographers. A year ago there was simply no chance to spend a weekend with a photographer of the calibre of Don Weber.  Now we have someone coming in every few months, and sometimes weeks,  for a new show or workshop.