Photo District News blog PDN Pulse has this report and link to the FOX video of  the U. S. Secretary of Homeland Security Janet Napolitano asking people to report suspicious photographers. Here’s part of  a quote from her : “One of the things that we ask people to do is when they see something unusual, if they see, for example, somebody continually taking photographs of a piece of critical infrastructure that doesn’t seem to make any sense, or a package left unattended on a bus platform, to report that to local law enforcement so it can be followed up on.”

And on that note, here’s a group you might want to join:

This British based group Not-A-Crime wants photographers to take self-portraits holding  a sign saying either “Not A Crime” or “I am Not A Terrorist”. You can see the results on Flickr. An example of a portrait below from Ravel/Javi Valero and an appropriate t-shirt beneath that.. 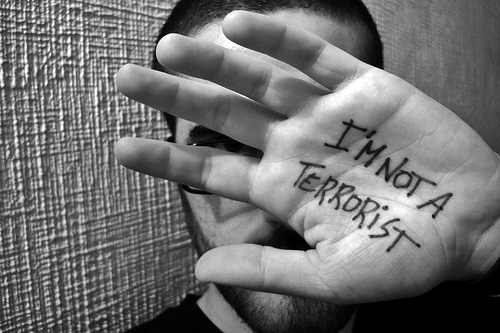 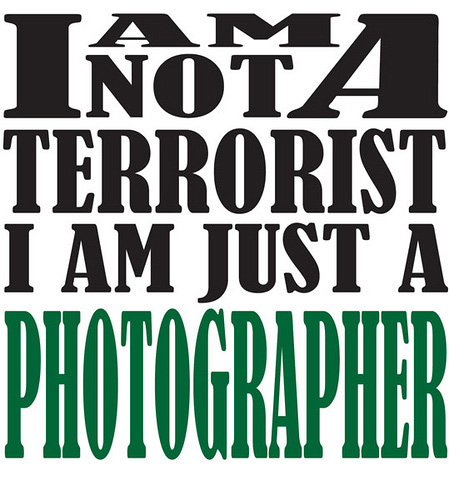 Or get the Fraxinus designed tshirt here.