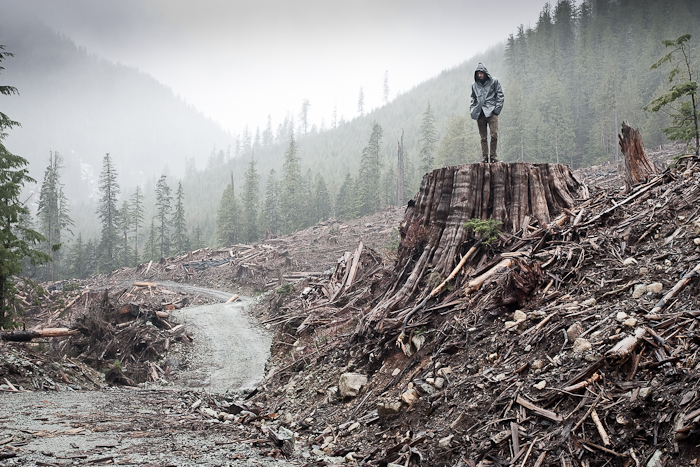 Born, raised, and living in beautiful Metchosin, BC, he is on a quest to protect BC’s world class ancient forests through visual media and public outreach. He spends his free time skateboarding, climbing trees, dancing through the night, and staring curiously at the stars. 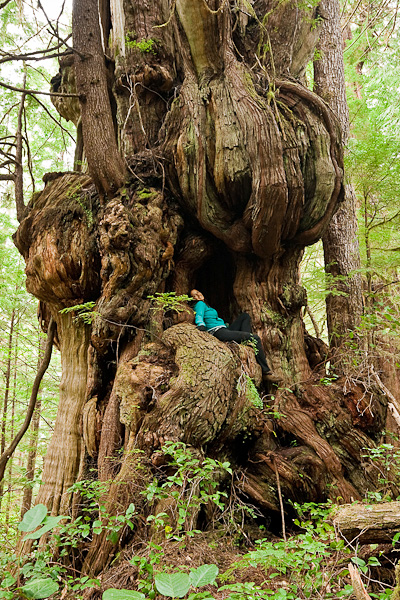 2) I think it’s safe to say your photography is mainly related to your interest in environmental protection. Can you explain why?

Well it seems to have evolved naturally in that direction over the past few years. It’s basically a melding of my interest in landscape photography with my strong passion for conservation work and exploring the wilderness of BC. Instead of just taking pretty pictures I started to see it would be much more valuable if they served a higher purpose at the same time. Photography is a very powerful tool for raising environmental awareness in many ways but I think one of the most critical points is its ability to bring very remote or hidden places to the public’s eye. My work focus’s mainly on the threats to BC’s endangered old-growth forests and often times I am taking photos where less than and a handful of people have been if any at all. The dense rainforest’s of Vancouver Island are largely unexplored so it’s amazing to share images from these virtually unknown places. If you can’t bring the 4 million plus citizens of British Columbia to the woods then you need to bring the woods to them and now, with the power of GPS mapping and Google Earth, you can extend that concept to the entire world. 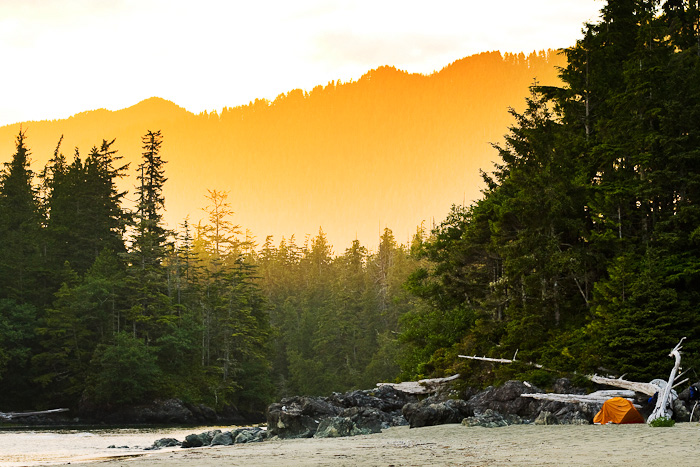 3) You’ve actually, with a couple of others, started your own environmental group. What is the focus of that group and how did it start?

At the start of 2010, Ken Wu, the former Campaign Director for the Western Canada Wilderness Committee along with myself and a few other activists launched a new ENGO called the Ancient Forest Alliance. In our first year we have become the fastest growing environmental group in Canada with nearly 20,000 supporters joining on with us. The organization’s goal is to be the driving force in the fight to protect BC’s endangered ancient forests and forestry jobs. We’re pushing to see old-growth forests protected where they are scarce such as Vancouver Island and the Southern Mainland, a transition to sustainable second-growth logging instead, a ban on raw log exports, and the creation of more value added wood manufacturing facilities. Our group differs as well in that we chose not to have charitable status which allows us to be much more political. We are exercising that power in one way by helping start Ancient Forest Committees that will work in key provincial swing ridings to put pressure on politicians around their forest policies. You can find us on Facebook, on Twitter, and at www.ancientforestalliance.org  Don’t forget to sign the petition as well at www.ancientforestpetition.com ! 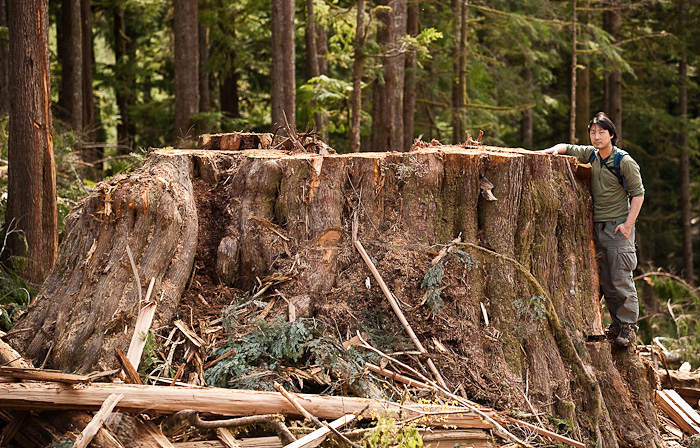 4) You work in some fairly difficult terrain and the west coast forests can be both wet and dark. What are some of your photography challenges?

That is true! As beautiful and enchanting as the temperate rainforest is, it has its many photographic challenges. The first and foremost struggle is just moving through it. Next time you’re on a boardwalk in Carmanah Provincial Park or the rainforest trail in Tofino, take a look off to the side and imagine bush whacking through the under story while carrying 30 pounds of gear with you. The forest can be incredibly dense with 6ft tall salal bushes, sharp branches poking your eyes, steep slippery cliffs, sinkholes, and not to mention giant fallen trees that even on their side can be twice as tall as you and over 200ft long. It’s perfect leg breaking territory. The second test is found in the name rainforest itself. Rain! Lots of it! Trying to keep yourself and your expensive gear dry is at times impossible and makes changing lenses, batteries, and memory cards a scary task. The last challenge might sound off but it is the sun. It seems strange to complain about it after whining about the rain but it can be just as frustrating. The patchwork of openings in the forest canopy causes the light to be very mottled on the forest floor. The contrast from light to dark is often times too wide a range for the camera and makes for a very distracting scene. The ideal day is overcast with the sun just about shining through right after a light rain shower which gets everything rich in color.
Oh, and a tripod is a must too! 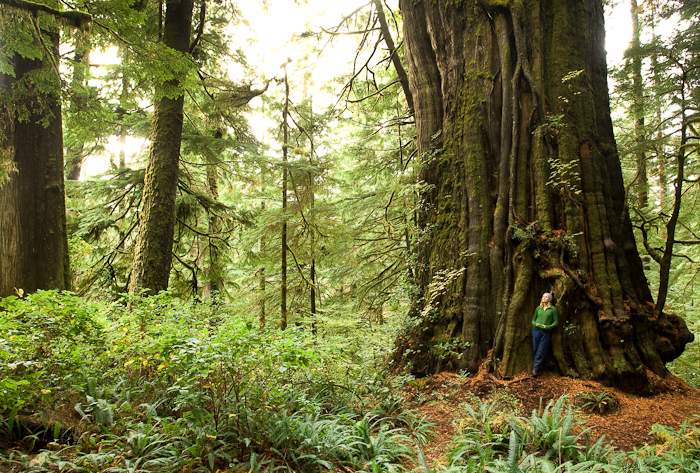 5) Your work is about the west coast landscape, are there any other areas in the world you’d like to photograph?

To be honest, I am quite obsessed with the forests of BC and could be happy taking photos here forever but if I had to choose some other places I might say somewhere like Iceland. I love its dramatic and desolate landscapes, giant mountains, and exploding volcanoes. It almost appears from another planet. Recently I was down in Argentina and Chile and crossing the Andes was an incredible experience. It’s like getting a trip through canyons on Mars. The red, yellow, and black color of the soil in contrast with ice blue glacial lakes was just spectacular. I would also find it fascinating to photograph in abandoned urban areas that are slowly decaying and being reclaimed by nature. It’s a great reminder of our own impermanence. 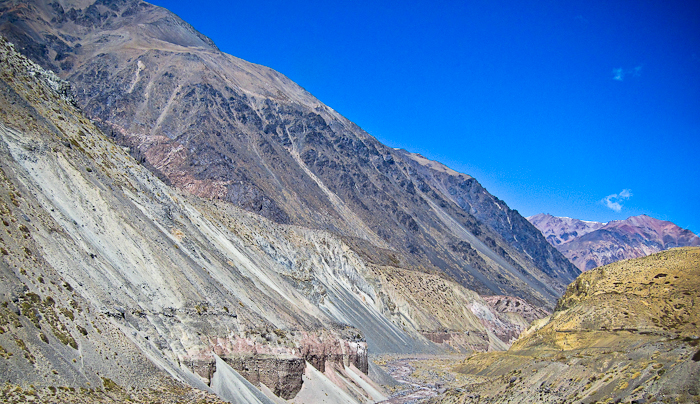 6)  Are there other photographers whose photography is centered around protection of the natural environment that you admire?

Most definitely. In this province the work of people like Garth Lenz and Ian McAllister really stand out. Garth has documented BC’s rainforests and the effects of industrial forestry for nearly two decades and has more recently focused his aerial photography on the Alberta tar sands. It was exciting to have him as a teacher at Western Academy of Photography and I was happy to hear he was recently accepted into the International League of Conservation Photographers. Ian works with a group called Pacific Wild and has done an absolutely stunning job of photographing the wildlife in the Great Bear Rainforest on BC’s coast. His shots of wolves and grizzlies are breathtaking and have helped tremendously in raising awareness about the complexity and fragility of that areas ecosystems. 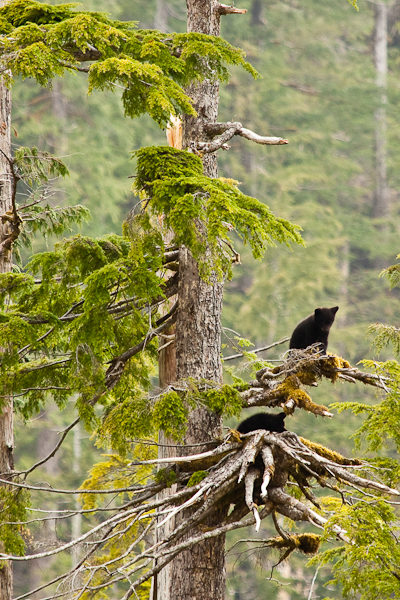 7) Do you do any other photography to supplement your environmental work?

In the sense of weddings or advertising, etc, no. It doesn’t really work for me. If I can find a way to make a personal connection with a project, even if it’s out of my usual field, I may try to take it on. It can be a fun new challenge stepping out of the norm for awhile but I mostly stick to my main focus.
I find that most of my interesting new experiences come from the combination of my environmental campaign work and my own photography leading to opportunities I may have otherwise missed. With the power of the internet people from all over the world can stumble upon your images and next thing you know you’re on to something new as well. 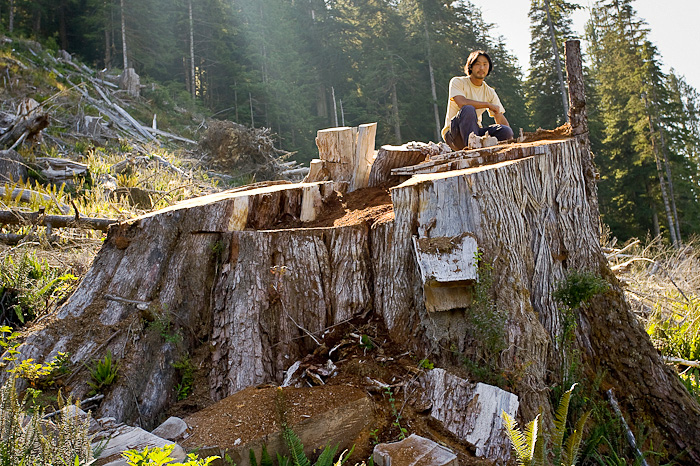 8) Most photographers have personal projects. You photograph abandoned mattresses. Tell us about that?

Haha, yes. I have a thing for abandoned places and objects. The collecting of mattress photos started while I was living in Toronto for a year and one day noticed just how many were strewn about the streets and alley ways. It was like they had been invisible before I became aware of them and then they were just everywhere. I think what I find most interesting about them is that you never see anyone in the actual process of abandoning one. You will be driving down a rural road somewhere and there will just be one looking shiny and new leaning up against and old rotting fence. Or there will be one out alone in the middle of a soccer field with the spotlights shining eerily on it at night as if it just teleported there. Even though I am sure people dump them in a hurried or careless way, each one ends up taking on its own unique aesthetic as to how it fits into the scene. And then they just disappear. 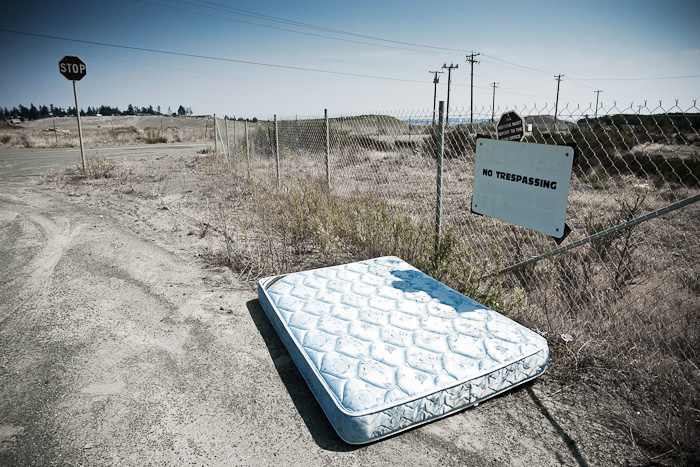 9) You also buy old cameras from thrift shops and process any film found inside. Why?

I haven’t done this in awhile but it sure is fun. I find it odd that people could leave film inside a camera and toss it away with their pictures inside it. Maybe they forgot or just didn’t care but for me it becomes a surprise peek into another world. It’s really like reaching into a stocking on Christmas because you just don’t know what you’ll pull out. I have found some pretty funny photos in the rolls. I’m sure many of them seem funny though only because you don’t have any context for the scenes you’re looking at. You find some beautiful ones too like this one roll of old expired disc film that had someone’s travel pictures on it. There were these lovely scenes of fields with rainbows, giant mountains, and old buildings mixed with all the distorted colors from the old film. It would be great to put a collection of them together for a show. 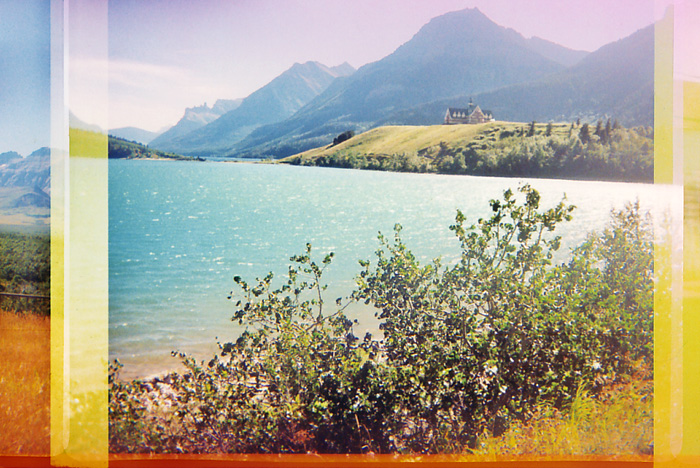 That’s an exciting thought! I’m really hoping it brings plenty of adventure and opportunities to work with more new and interesting people doing progressive things. 2010 was the most exciting year of photography for me so far as working with the Ancient Forest Alliance has finally allowed me to really focus on what I love instead of doing random jobs and trying to run out into the woods on weekends. We have plans to undertake many more expeditions into the valleys and forests of the mid and north of Vancouver Island. There really is so much more to be explored out there. A couple of books should be in the works as well along with the startup of a new eco-tourism based business I am working on. Keep your eyes peeled!

You can see more of TJ Watt’s work here. 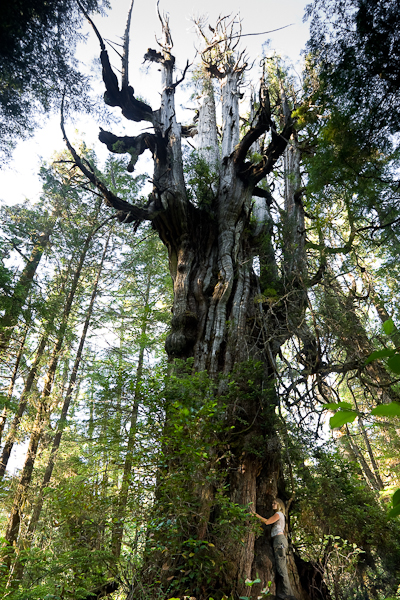