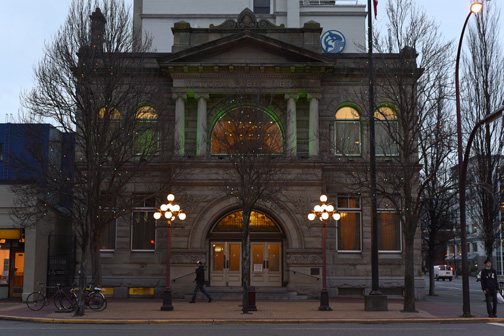 The former Victoria public library building, constructed for $53,000, was financed by American Andrew Carnegie. The neo-Classical stone building was completed in 1905. A four storey addition was added later, that construction was finished in 1951. The structure which served as a library  for over 75 years, and now known as the Carnegie building is used for office space.

Businessman Andrew Carnegie donated money to build 2509 libraries around the world including 125 in Canada.