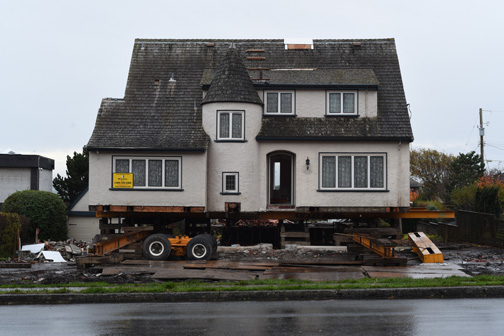 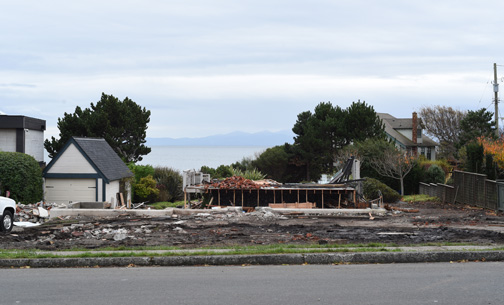 Two photographs taken a week apart. In the first a heritage house, sporting some unique architectural detail, sits on supports and a trailer, in the second, the vacant lot after the house was removed and view of the previously hidden seascape. The third, yet to be taken, will show the new structure built on the lot. Change is inevitable and at least in this case the original structure will be placed on another lot and continue it’s architectural life.

CBC British Columbia has a story about a new book out called Vancouver Vanishes which ‘laments the demolition of character homes and the histories they contain..’ The book grew out of the photos and essays contributed to the Vancouver Vanishes Facebook page.