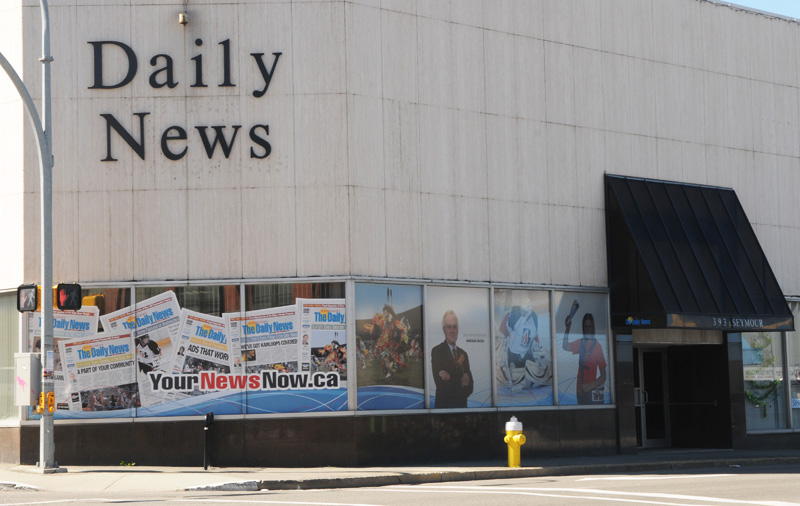 This is the Kamloops Daily News building on Seymour Street in Kamloops, British Columbia. The News ceased publication on January 11, 2014, another victim of the declining fortunes of the newspaper industry. The man in the suit pictured on the wall is long time editor and former Mayor Mel Rothenburger. The News survived when the Daily Sentinel newspaper folded and is itself  survived by Kamloops This Week but it does leave the city as a one newspaper town. I worked at the News twice, once as a photographer when it was a tri-weekly and then again later when they went daily as the chief photographer. At those points in time the paper was located on Tranquille Avenue (tri-weekly) and then in the old Woodwards building, now BC Lotteries during the switch to daily publication). I’m guessing that the next time I’m in the interior visiting Kamloops the building will be in use for someone else or torn down/rebuilt.  For now though it stands a reminder of  local history and change.