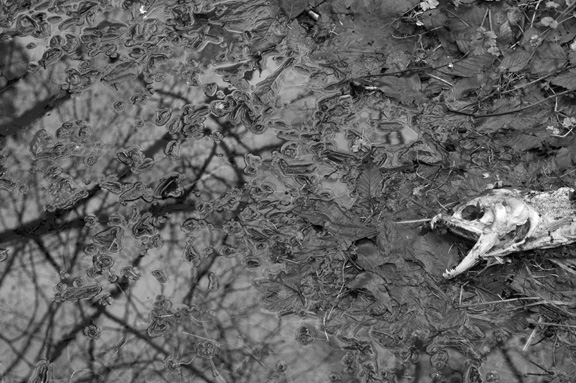 I’ve been working on a project the past few years, shooting every fall when the salmon return to spawn. These aren’t the images you always see of scarlet bodied fish fighting their way upstream but instead are images of the dead and decaying bodies of the spawned out fish.

I’ve been calling this project Omen of Bones and when people ask me what it’s about I tell them The End Of The World. You can almost see the eyes rolling, as I’m sure yours are right now. However, I’m not talking about aliens invading earth, all out nuclear war, or a giant meteor striking the planet end of the world kind of event. I’m talking about death by a thousand cuts end of the world. That’s the way I see it, we’ll go with a whimper not a bang. A little bit disappears here, a little bit there. 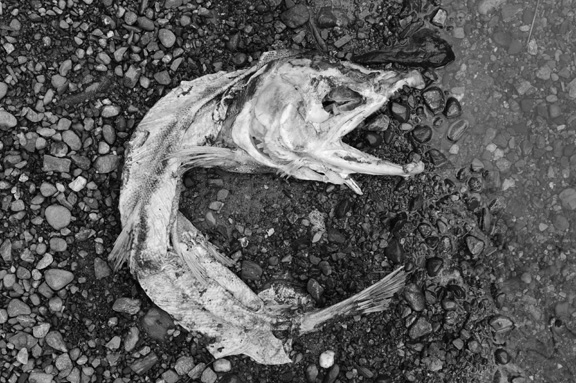 Most of us are familiar with salmon as a resource, a source of food for man and beast and we’re all (mostly) aware that salmon stocks have been dwindling over the past decades. Studies (private and government) and some steps at conservation haven’t stopped the trend. Some people got quite excited earlier this year when an early run of fish, which spawn in British Columbia’s interior, came through in record breaking numbers, an unprecedented event but that’s all it was, an anomaly, a freak show that won’t be repeated.

This year I didn’t get out to check the rivers until late and I’d  already heard the Goldstream run was way way down in numbers but even so I was shocked by how few bodies were on the shore and in the river.

What most people don’t realize is that it’s not just as a food source as living animals that make the salmon important but it’s their contribution to the general environment after they die that impacts the world as well. The bodies provide nutrients in the river water needed for the growth of other species. They fertilize the ground not just immediately next to a river but for miles around (animals and birds carry the carcasses).

That’s why I’ve been photographing the bodies, trying to draw some attention to an equally important part of the lifecycle of the salmon as well as their impact on entire ecosystem they inhabit. 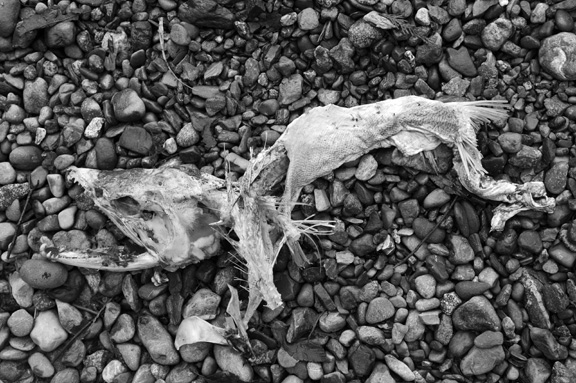 We tend to view death as something terrible but for the salmon, it’s a needed part of their life cycle, they spawn and die, ensuring another generation lives on. Their death also ensures life goes on for a myriad of other life forms and without them we all die a little.

There’s also a certain bleak beauty in these images, images of death AND life,  if you know what you’re looking at. 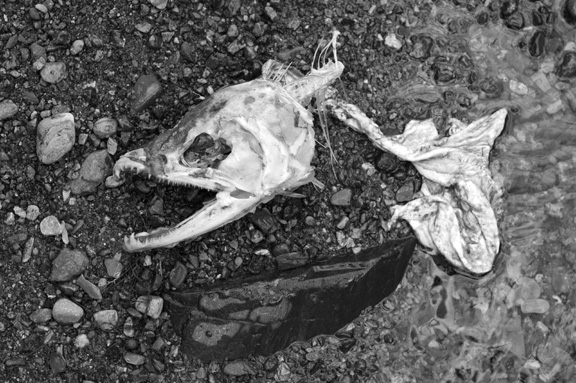